The Mycotoxicology Society of Nigeria (MSN) – formerly Nigeria Mycotoxin Awareness and Study Network (NMASN) is a body of scientists in the academia, industries, regulatory agencies and other stakeholders in the food and feed industry united by the need to create awareness on mycotoxin issues especially in Nigeria.

It is a Non-Governmental, Non-Political and Non-Profit-making scientific organization founded in 2006 by a group of eminent Nigerian scientists united by their desire to address the burden of mycotoxin contamination in Nigeria and improve the living conditions of humanity, through sound socio-economic and scientific studies on mycotoxins in food and feedstock.

With the primary aim of promoting awareness leading to the study and control of mycotoxins in foods and animal feeds; the network co-ordinates and publishes information on mycotoxin research in Nigeria; carries out research and coordinates extension activities related to mycotoxin control in Nigeria so that such findings can be applied for the resolution of mycotoxin problems and preservation of food resources.

The dangers inherent in the consumption of mycotoxin-contaminated meals which may include kidney/liver disorders and immuno-suppressions, are being made available to the general populace in local languages.

The National Agency for Food and Drug Administration and Control (NAFDAC), in conjunction with the International Atomic Energy Agency (IAEA) organized the First Regional Workshop on Mycotoxins in 2005. The workshop drew participants from Nigeria and other West African countries like Ghana and Benin Republic. Resource persons and materials were from the FDA, IAEA, IITA and some national sources. The gathering properly placed the dangers arising from mycotoxin contamination in food and feed in Nigeria as well as the global trade and heath implications.

The need to immediately step up efforts in research and awareness on mycotoxins was realized. Meetings were held and contacts were made until an inaugural meeting was held on 16 January, 2006 at Babcock University, Ilishan Remo, where Dr Ranajit Bandhyophadyay of IITA, Ibadan who is also a founding member of the International Society for Mycotoxicology (ISM) briefed participants on the mycotoxin situation at the global level.

The following institutions were represented at the meeting: Babcock University, Ilishan Remo; University of Agriculture, Abeokuta; University of Ibadan; Standards Organisation of Nigeria; Plant Quarantine Services, Ibadan; Brooderhouse Limited; Animal Care Konsults; Federal Institute of Industrial Research, Oshodi, Lagos; Olabisi Onabanjo University, Ago-Iwoye; and Winelight Analytical Instruments, Lagos, a company that contributed financially to the successful hosting of the meeting. Some local food processors were invited and educated on the need for proper hygiene in storage and processing of food items and the event was covered by the Press.

This meeting gave birth to NMASN and Dr Stephen Fapohunda of Babcock University, Ilishan Remo was elected as the founding President. The National Agency for Food and Drug Administration and Control (NAFDAC) graciously volunteered to host the secretariat.

The first annual conference of the network was held the same year at IITA and issues like membership, focus and relationship with cognate bodies at national and international levels were addressed. Scientific papers were also presented at the conference. 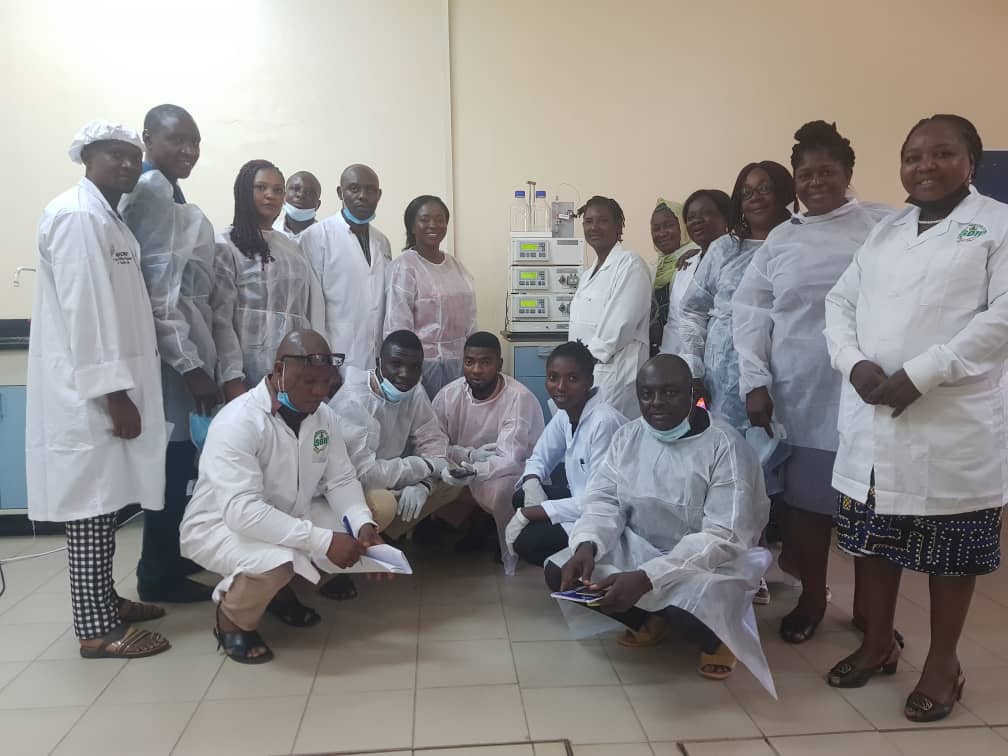